Cub Sport are an independent and self-managed pop group from Brisbane, Australia.

Cub Sport’s openness with fans has helped develop a culture of inclusion around the band and has seen their unique brand of emotionally-charged pop connect with listeners around the world. Notes: 16+ (under 18s to be accompanied by an adult) 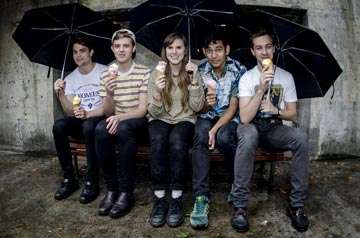