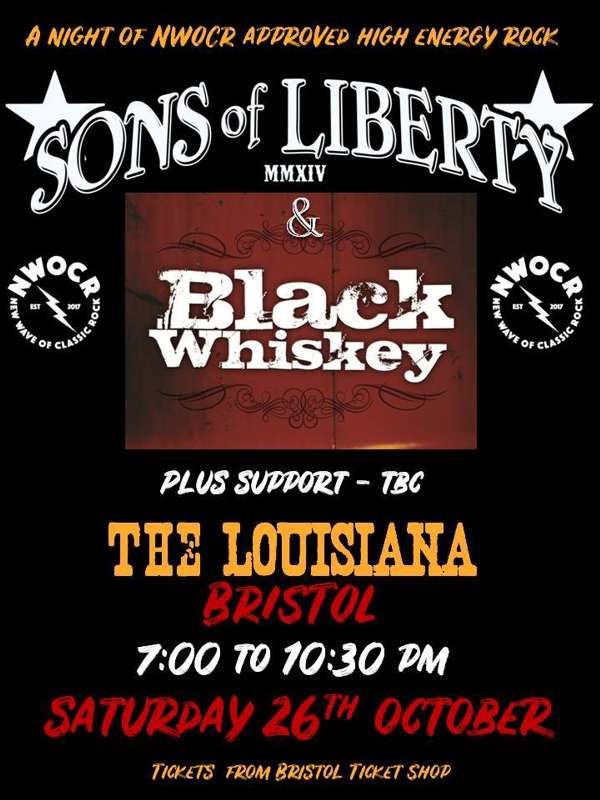 Rocking stages since 2014 Sons of Liberty are the UK's hardest working and most entertaining Southern Rockers ....a band of seasoned musicians from Bristol and South Wales, drawn together by the shared love of the incredible music of the Southern States of America ....and the desire to share it with the people of the UK. An energetic band who deliver a 100% authentic and 100% original show.

After around four years of building a solid reputation as an all-southern-rock covers band, in 2017 a step up was made when the band set out to write and record some original material to reach a wider audience, and also to vent some pent up creativity! The result was the highly acclaimed “....Shinola” EP – five tracks of home-ground hard hitting southern rock 'n' roll. The follow up EP “Aged in Oak” was released in September 2018, and voted #4 “EP Of The Year” by the huge Facebook Group New Wave Of Classic Rock. It also features the single “Damned If You Do” along with five other killer songs!

Since releasing “...Shinola” Sons of Liberty have been gigging regularly across the UK and is building a solid reputation, sharing stages with Skinny Molly (featuring ex-Lynyrd Skynyrd and Blackfoot members), Stone Broken and The Quireboys. Southern rock legend Jay Johnson has even opened up for the band. 2019 has already seen a triumphant performance at the Giants of Rock festival in Minehead, with a fan vote victory securing the band a return Main Stage booking for 2020. Expect more of the same at Four Sticks (London), SOS (Manchester), Crazy Cowboy (Reading) and Hard Rock Hell CROWS (Sheffield, with Molly Hatchet, Jason & The Scorchers, The Kentucky Headhunters etc).

With the classic twin guitar sound, some down-home harp blowin’, a couple of Stetsons and some battered old snakeskin boots, Sons of Liberty bring the bourbon-fuelled southern rock party to town – Hell Yeah!

Rocking stages since 2014, Sons of Liberty are a band of seasoned musicians from Bristol and South Wales. We were drawn together by our shared love of the incredible music of the Southern States of America....and our desire to share this with the people of the UK. An energetic band who delivers an authentic show based on professional musical ability.

The Band is gigging regularly across the UK and is building a solid reputation. We have shared stages with bands such as Skinny Molly (featuring ex-Lynyrd Skynyrd and Blackfoot members) and Stone Broken. 2017 has seen southern rock legend Jay Johnson (ex-Lynyrd Skynyrd and Blackfoot) opening up a few shows for us. We are naturally going down really well with the biker community (having a few bikers in our midst) and we are at home at festivals such as 'No Bull Just Bikes' and events like 'Hoggin' The Bridge' again this year.!
The result is a band of people who love the music, know how to play and know how to put on a rocking show. We always get asked back!

Below is a link to the southern rock band 'Sons of Liberty' website and links to some YouTube videos.

Call Me the Breeze https://www.youtube.com/watch?v=rXbrsMEQ_7g 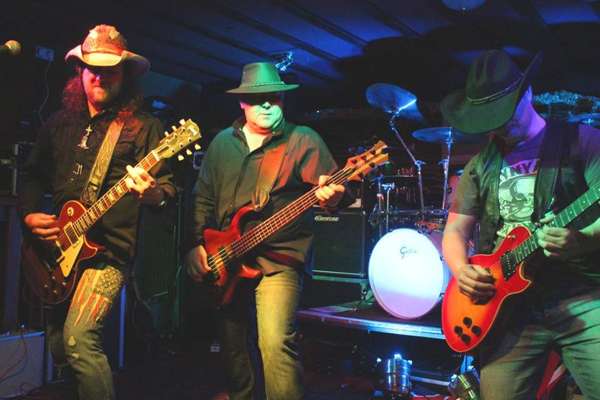