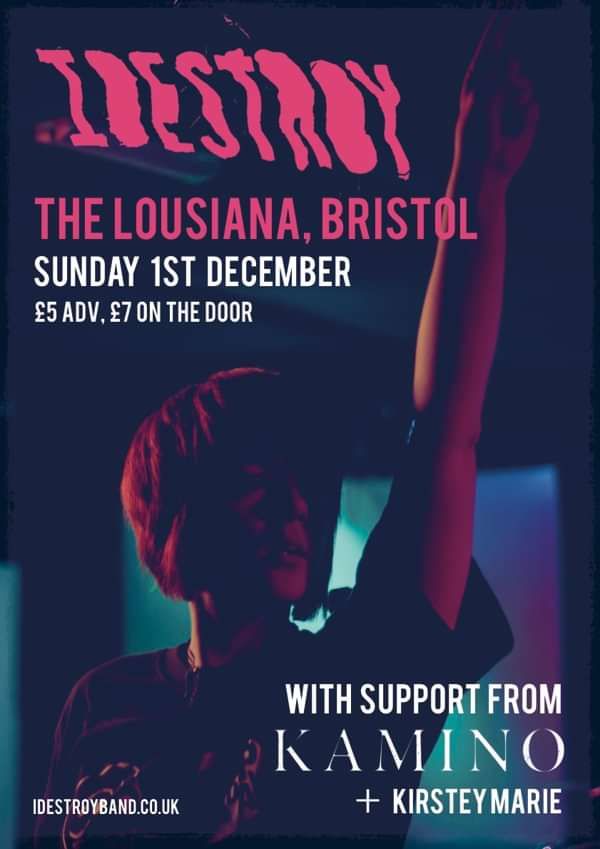 IDestroy are quickly gaining a reputation for their energetic, sweaty, rock and roll shows. The line up consists of three feisty females: Bec, Becky and Jenn.

Since forming in 2015, the youthful trio have built up a loyal following in many cities all over the UK through touring tirelessly, bringing maximum energy to every show and leaving the audience hooked.

IDestroy have not been afraid to take their catchy grrrl punk to bigger stages either, playing the likes of Anfi Rock Sound festival in Spain, performing the main stage at Bristol Pride Festival and supporting Cherie Currie (The Runaways) on her UK tour.

Their Debut EP recorded at Vale Studios (The 1975, Deaf Havana, Kodaline) was self-released on the 26th February 2016, and is already gaining support from the likes of Amazing radio, BBC Introducing and Planet Rock.

Press: "The band has a great stage presence, looking confident and at ease, with some great funky bass and drum breaks alongside raucous guitar." (Bristol 24/7)

"If you like your rock'n'roll short, sharp and spiky, then Bristol grrrl rockers IDestroy might just be your favourite new band. They snap, they crackle, they pop, and they wear studded leather jackets with a feisty punk sneer." (Classic Rock Magazine)

“IDestroy produce raw, upbeat punk songs, reminiscent of ‘girl bands’ of the 70s, such as The Runaways, though they seem to do it with more zest and attitude.” (subba-cultcha)

“At a local gig in my area, a three-piece band called IDestroy came on and they tore the place apart. The sound was intense, the music was straight up, and no bullshit [...] They have the looks, the sound which can be compared with The Buzzcocks infused with the WOW factor of The Runaways. As soon as you see them stroll onto the stage, you know you’re in for a good time.” - (Rock Revolt Mag) 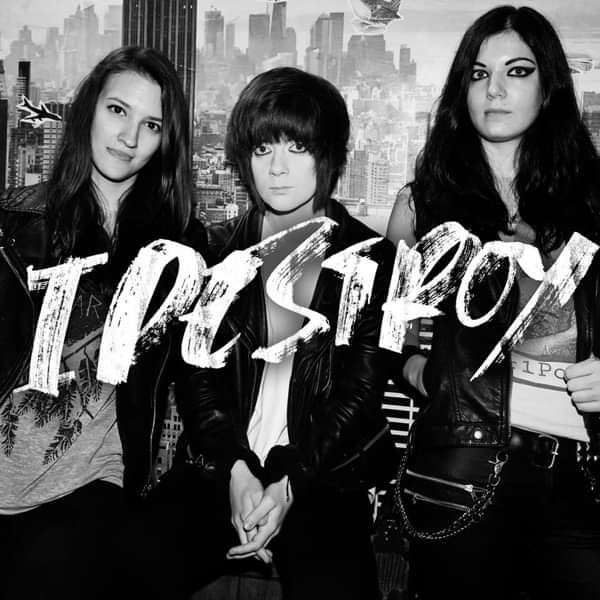