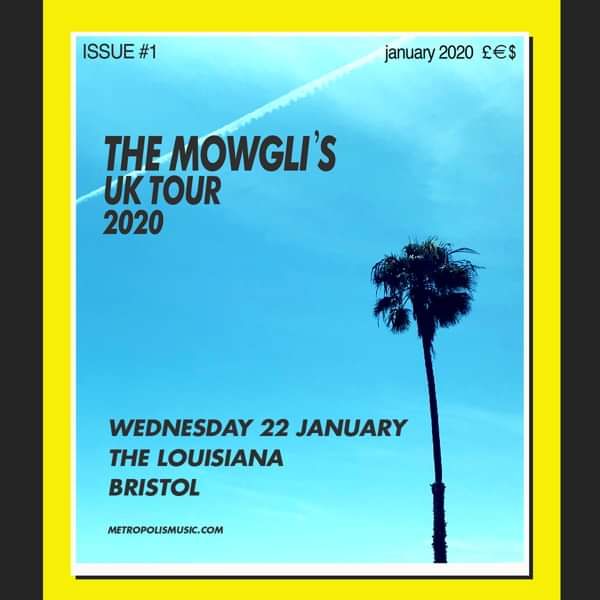 Formed in 2010 by the coalescing of a Venice music collective The Mowgli’s began as a 10+ member group playing house parties and warehouse gatherings. Now independent, and half of their original size, The Mowgli’s released back-to-back EPs ‘I Was Starting To Wonder’ and ‘American Feelings’ in the past year, which have produced two of their biggest songs to date in ‘Kansas City’ and ‘I Feel Good About This’.