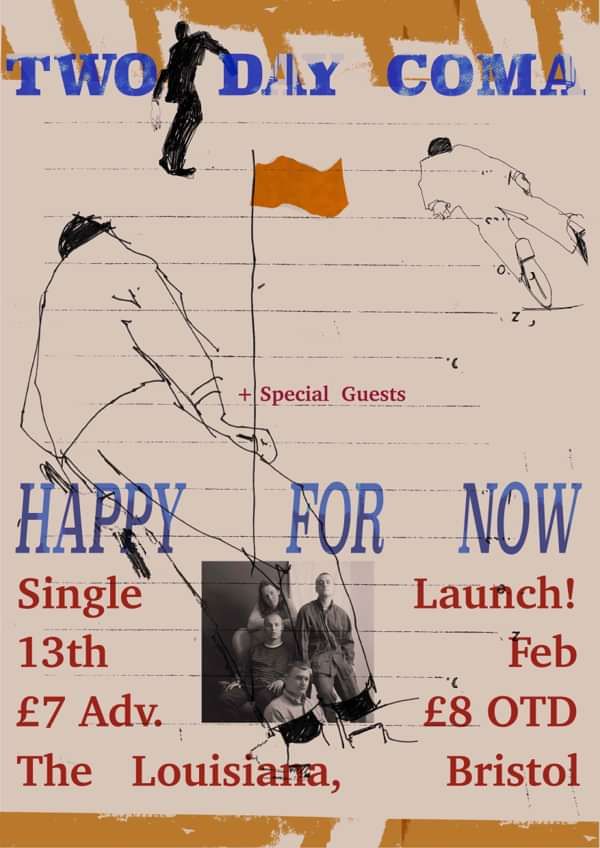 Two Day Coma’s foundation started with childhood friends Tom Harris and Jake Scarborough. When Tom’s stark, honest songwriting style met Jake’s knack for DIY recording the pair began making bedroom demos that aimed higher than their makeshift studio. When the two met multi-instrumentalist Ollie Lucas and drummer Zac Harkavy the band was complete. Taking influence everywhere from britpop and indie to post-punk and folk, the Bristol based four-piece have managed to find an emotive sound that is truly original.

2019 saw the release of their first full-length effort ‘A Certain Shade of Blue’, a self-made album, largely recorded in bedrooms, living rooms and anywhere the band could plug in and play. The album caught the attention of Clash Magazine, 6Music and BBC Introducing and helped the band attract a dedicated fan base.

The band are returning in 2020 with a raucous new single ‘Happy For Now’ on 14th February. To celebrate the release they will be hosting a launch party at The Louisiana, Bristol on 13th February with very special guests to be announced.

Get your tickets via Headfirst: hdfst.uk/E59653

Two Day Coma’s music is a measured balance of melody, harmony and honesty. Playing emotive indie that swells from delicately small to ardent heights, all the while making space for memorable melodies and thoughtful lyrics.

After the release of their debut EP ‘A Few Days That We Don’t Speak Of’ in 2017, Two Day Coma caught the attention of Tom Robinson on BBC Radio 6 Music and BBC Introducing. The band have since been playing shows around the UK including festival appearances at Secret Garden Party and Farmfest. The band pride themselves on their versatility, having performed with additional horn and strings players but also having played intimate acoustic shows including several appearances for Sofar Sounds. 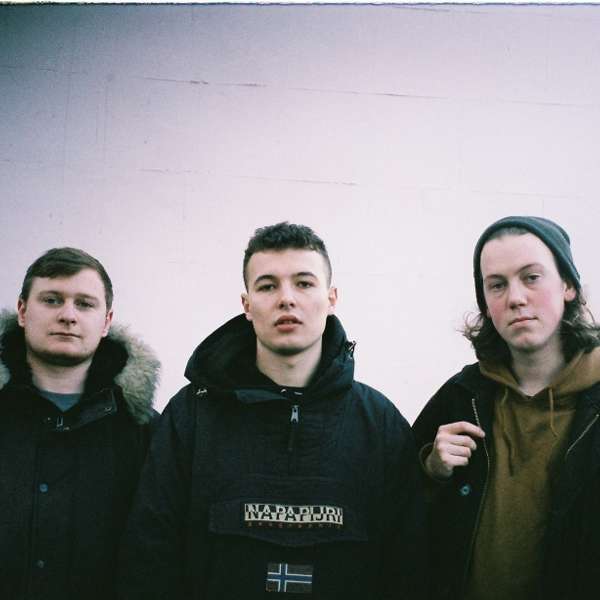