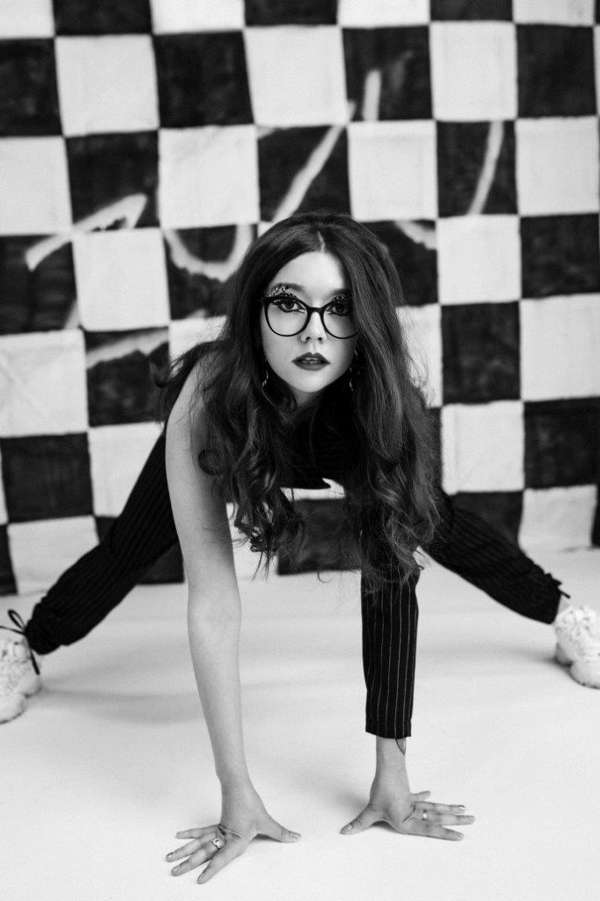 Like so many gifted musical minds, adolescent isolation and a degree of loneliness are to thank for the guitar-wielding subterranean alien queen, otherwise known as Zuzu. Growing up in post-industrial Liverpool, Zuzu struggled to make friends and quickly turned to music; honing her craft whilst writing a prolific number of songs. Those same songs developed into indie-pop anthems “What You Want” and “Get Off”, described as “euphoric typhoon of ooh-ed harmonies, vivid riffs, and heart-bursting lyrics” by The Line Of Best Fit and “Absolutely massive” by Clash Magazine.

A penchant for pop music (specifically Cardi B) combined with deep rooted love for acts like The Beatles, The Libertines and Bright Eyes lends itself to Zuzu’s introspective ruminations on subjects ranging from love to outer-space; all packaged in her very own brand of transient fuzz. Zuzu’s upcoming debut EP, rather fittingly called “Made On Earth By Humans”, is a culmination of her journey thus far, filled to the brim with quick-witted lyricisms and hook-laden choruses that stands up next to contemporaries Courtney Barnett and Warpaint.

Zuzu is undeniably at the forefront of Liverpool’s most significant cultural revival since the Fab Four first trod the boards at The Cavern Club back in 1961. Her boundary pushing mentality feeds into the psyche of the city which has long been imbued with a spirit of fierce independence, unwavering loyalty and creative genius. All the same magic that defined the likes of The La’s, Echo & The Bunnymen, The Zutons, The Coral and Cast are visible in Zuzu’s music, which, to some degree, are indebted to her surroundings; a city of jesters, jongleurs, troubadours, artists, poets and visionaries.

Like her heroes from such cartoon network classics as The Amazing World Of Gumball and Adventure time, Zuzu possess a certain endearing oddity which manifests itself in all aspects of her art. At only 23, Zuzu is the definition of a millennial artist; a visibly confident front person, songwriter, producer, director, actor and comic book illustrator; starring and orchestrating all her videos, recording a considerable amount of her music at her home studio in Liverpool and even creating a comic strip for the release.

The world waits with baited breath for this multi-faceted individual of otherworldly talent to come forth and deliver.