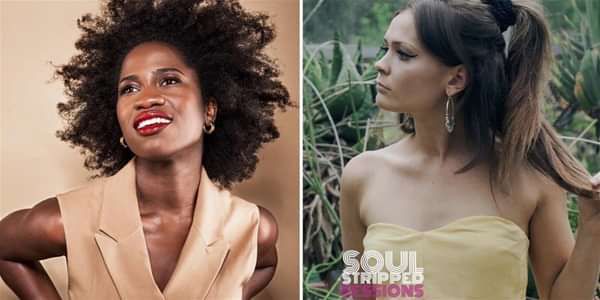 One of a kind. The sell-out monthly event rated 5* by audiences for the atmosphere, hosting and consistently high quality of music, brings these carefully selected impressive female artists, performing original songs and covering one by a female soulful artist you know & love.

With support from the likes of BBC introducing, JAZZ FM and BBC one, this inspiring line up celebrates Bristol's own. Leading women with powerful voices, making a name for themselves in the UK music scene.

BEE BAKARE + BAND - ‘Wild things Album Tour 2020’ Growing up, the Nigeria-born British singer-songwriter listened to the likes of Lauryn Hill, India Arie and Whitney Houston who have influenced her music. She has gone on to become a Judge on BBC One's primetime 'All Together Now' with spice girl Geri Horner, performing at Buckingham Palace and winning a Future Music songwriting award.

Following her 2017 EP 'Brighter' featuring 'Love Like A Wave', she received support from fans and successfully crowdfunded the debut Album “Wild Things” - ‘Becoming who I was born to be'. This sensational album is set for release 6th March 2020!

LAIMU Drawing influence from soul, jazz and the ever evolving soundscape of their hometown Bristol, Laimu harness carefully crafted arrangements led by sultry vocals. Toting support from the likes of Jazz FM, Gilles Peterson's Worldwide FM and BBC Introducing on their first two singles 'Fruit' and 'Barefoot', the Female-led six-piece collective are carving a reputation for themselves within the UK scene.

Stick around after the show for a special feature where the girls perform together.

All Tickets include one FREE merch of your choice complimentary of the artists. Doors open at 7.30pm, Music starts at 8.15pm Limited spaces available at each event. Entry requirements: 16+ (under 18's must be accompanied by an adult)